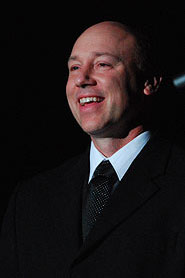 John Satterfield is the choral director of The First Edition, CSN and Accents, and also teaches courses in piano. John received his Bachelor’s Degree in Music Education from Illinois State University and his graduate degree from Eastern Illinois University. John has taught vocal music in several schools throughout Illinois and Indiana for the past 25 years and has served as a vocal clinician at several music festivals and show choir competitions.

In 1991, Mr. Satterfield studied opera performance throughout Germany and Austria. Mr. Satterfield has performed in several operas, operettas, musicals, and appeared as a soloist for several major oratorios. He has performed the roles of Albert Herring in the opera Albert Herring by Benjamin Britten, Basilio in Mozart’s The Marriage of Figaro, Nanki-Poo in Gilbert and Sullivan’s The Mikado, John Adams in 1776 and most recently as Prof. Harold Hill in the Civic Under the Stars’ production of The Music Man. 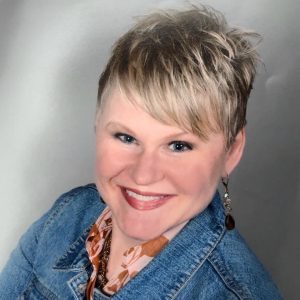 As a proud ‘97 graduate and former member of both First Edition and Varsity Singers, Ms. Vander Plaats is thrilled to be serving the students of Jefferson High School as choral director.  She comes to Jeff High School with over twenty years of teaching both private voice and piano lessons, in addition to elementary and middle school music director for the Lafayette Catholic School system.  She studied at both Ball State University, majoring in music education and Purdue University, majoring in elementary education.  She is currently working towards a Masters in Secondary Education from BSU.  Ms. Vander Plaats also serves as a service musician for both Brown St. United Methodist Church and St. Mary Cathedral.  She has served as piano and vocal judge for local and statewide competitions, served on the Indiana Federation of Music Clubs board, and served as president of the Tippecanoe Music Teachers Association.  Over the past 20 years, she has served as musical assistant and accompanist for many area high schools, middle schools, and elementary schools, including Jefferson High School, where she currently serves as an accompanist and vocal director for the fall musical.  She is the Director of Expressions Show Choir and A Cappella.  She is also the instructor for Piano Class 1, Piano Class 2 and Honors Piano Class 2 in the JHS piano lab.  In her spare time, she enjoys spending time with her family, Dustin and their five children, Michael, Gabriel, Raphaela, Amelie and Maddy. She has two dogs, Butters and Dunkin.