Since its inception in 1985, The First Edition has been one of the most advanced and influential show choirs in the nation. It was the first to perform a power ballad in a competition, first to implement a fog wall with an on-stage costume change, make use of a scaffolding set, and hydraulic lift system. 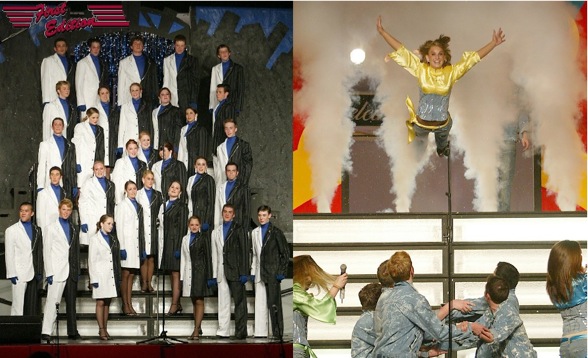